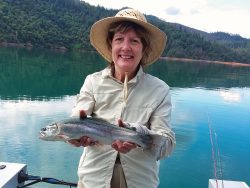 We took hundreds of pictures while on our big adventure, too many to post in the original article. So we created this short video slideshow of sorts including more scenic photos, shots from the boat, and a few special personal moments. And you’re in luck, it’s right below. Enjoy! Let us know where you think […] 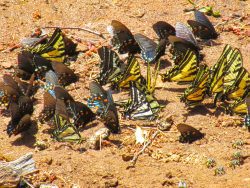 “It hasta be Shasta!” Shasta Lake is a reservoir in Shasta County, California, United States. It is within the Whiskeytown–Shasta–Trinity National Recreation Area, operated by the Shasta-Trinity National Forest. It is also popularly known as “Lake Shasta”. Wikipedia Libby and I recently took a short vacation up at Lake Shasta. If you’ve never been, it’s gorgeous. […] 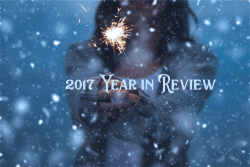 2017 was another crazy year, both in real estate, and California as a whole. Not to mention the nation and the world! I’m not sure if it’s me, but things seem to get stranger every year. Maybe it’s just my age. Despite the craziness, it was a pretty good year. But that all depends on […]

Part 2 – “The Maiden Voyage” Back in August, our article “Ken & Libby’s Boat Adventure – Part 1”, described how Ken and Libby bought their long-awaited fishing boat. That was the “drydock report.” The boat had not been in the water yet. Ken was taking the United States Power Squadron basic powerboat certification course. […] 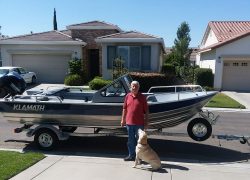 Part 1 – “The Dry Dock Report” This month’s article is going to be on a new subject. Back in July, Libby and I took delivery of our new boat. A number of people have been curious about our experiences so far and have been asking us questions about it. So, we thought we would […]

Find Us on Social Media

Nights and Weekends by Appointment